PBR (Professional Bull Riders) has announced that the PBR Global Cup, the only nation vs. nation international bull riding competition, will make its third stop at AT&T Stadium in Arlington, Texas on February 9 and 10, 2019 as the WinStar World Casino and Resort 2019 Global Cup USA.
The five-nation tournament among the world’s best bull riders and rankest bulls debuted in Edmonton, Alberta, Canada in November 2017, followed by Sydney, Australia in June 2018.
As PBR continues to grow in popularity in the five countries in which it operates tours, the organization launched a global tournament featuring top athletes from Australia, Brazil, Canada, Mexico and the United States riding for national pride, record purses and the very soil they compete upon. The $750,000 purse in Arlington makes the PBR Global Cup the sport’s second highest-paying event next to the PBR World Finals in Las Vegas.
In Arlington, the PBR Global Cup will debut a new competitive element for the international competition. The home team, which has received an advantage by fielding more riders whose qualified ride scores contributed to the overall team aggregate, will now be split into two teams of seven bull riders.
For the U.S. stop, the host country will add a team comprised exclusively of Native American riders, called the Wolves, competing alongside the other American team, the Eagles.
Two-time PBR World Champion Justin McBride (Elk City, Oklahoma), who guided Team USA to its win in Edmonton and fourth place finish in Australia, will return to lead the Eagles, whileWiley Petersen (Fort Hall, Idaho; Shoshone Bannock) will coach the Wolves. Both U.S. teams of seven riders and one alternate will be comprised exclusively of coaches’ picks. For each visiting nation, the first two riders will be coaches’ picks with the remainder of the roster selection process to be announced at a future date.
While the full USA rosters, along with those for Australia, Brazil, Canada and Mexico, will be named later this season, each coach has already selected two competitors:
-          TEAM AUSTRALIA: Coach Troy Dunn (Bloomsbury,Queensland) selected Lachlan Richardson (Gresford, New South Wales) and Nathan Burtenshaw (Coonamble, New South Wales).
-          TEAM BRAZIL: Coach Renato Nunes (Buritama, Brazil) selected Kaique Pacheco (Itatiba, Brazil) and Eduardo Aparecido (Gouvelandia, Brazil).
-          TEAM CANADA: Coach Aaron Roy (Yellow Grass, Saskatchewan) selected Dakota Buttar (Kindersley, Saskatchewan) and Tanner Byrne (Prince Albert, Saskatchewan).
-          TEAM MEXICO: Coach Gerardo Venegas (Juarez, Mexico) selected Juan Carlos Contreras (Huichapan, Mexico) and Jorge Valdiviezo (La Mision, Mexico).
-          TEAM USA):
o   Eagles Coach McBride selected Cooper Davis (Buna, Texas) and Cody Nance (Paris, Tennessee).
o   Wolves Coach Petersen selected Stetson Lawrence (Williston, North Dakota; Chippewa and Sioux) and Ryan Dirteater (Hulbert, Oklahoma; Cherokee).
PBR has competed in AT&T Stadium, home of the Dallas Cowboys, since 2010, including the league’s largest single-day event, the WinStar World Casino and Resort Iron Cowboy, powered by Kawasaki, which drew more than 46,000 fans in February of 2018.
Tickets for the WinStar World Casino and Resort Global Cup USA start at just $10 and will go on sale August 23, at 10am CT. Tickets are available at SeatGeek.com, PBR.com, or by calling PBRDirect at (800)732-1727.
CBS Sports will broadcast a one-hour show from the two-day Global Cup USA, which will also be brought to fans on RidePass, the PBR’s western sports digital network.
Additional dates for the tournament’s visits to Brazil and Mexico will be announced in the future.
“PBR has been a great partner for AT&T Stadium since we opened in 2009 sharing our vision for innovation and entertainment,” said Stephen Jones, COO/EVP, Dallas Cowboys. “We’re beyond thrilled that a new and exciting format for a truly international bull riding competition will be available for our fans to mark the 10th anniversary of our incredible relationship.”
“The PBR Global Cup transforms an individual, performance-based sport into a team battle for national pride, which has immediately produced some of the most spirited and passionate bull riding our sport has ever seen,” said Sean Gleason, CEO, PBR. “It is fitting that the inaugural U.S. stop for crowning the world’s best bull riding nation is held at AT&T Stadium, the venue that’s hosted the biggest PBR event of all time.”
The event will feature entertainment all weekend long including a Global Cup Fan Zone at Arlington’s Texas Live! sports entertainment complex, which houses the new PBR Texas Cowboy Country Bar, the spectacular 18,000 square foot flagship branded bar operated by Cordish & Co.  PBR will utilize stages in the district for the entertainment portions of the Global Cup Fan Zone, including live bands throughout the day, PBR Q&A sessions, Flint Rasmussen’s Outside the Barrel show, cowboy church on Sunday morning and the official kickoff and after parties.  Fans are encouraged to check PBR.com for entertainment updates.   ~PBR Media 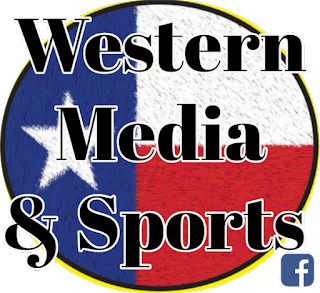 Tanner Byrne to Make History at 2019 PBR Monster Energy Canadian Finals as First Former Qualifier to Cowboy Protect
Byrne to be joined by fellow bullfighters Brett Monea and Ty Prescott at Season-Culminating Event in Saskatoon, Saskatchewan on Nov. 22-23
SASKATOON, Saskatchewan – At the 2019 PBR (Professional Bull Riders) Monster Energy Canadian Finals, presented by Dakota Dunes Casino, Saskatchewan’s own Tanner Byrne (Prince Albert), who recently retired from bull riding, will become the first athlete to have ever ridden and fought bulls at the season-culminating event. The PBR announced Tuesday that Byrne is one of three bullfighters set to work the 14th edition of league’s national finals on Nov. 22-23 in Saskatoon. Byrne competed at the PBR Canada Finals six times, and he has been pursuing a career in cowboy protection after retiring from riding in July 2019. He hails from one of bullfighting’s most prolific families, led by patriarch Ryan, who qualified for 14 consecutive Canadian…


PUEBLO, Colo.  – On the heels of Team Mexico’s best finish at a PBR (Professional Bull Riders) Global Cup, the league has announced that the nation will be led by Gerardo Venegas for the third consecutive edition of the event, joined by PBR Co-Founder Jerome Davis as assistant coach for the 2020 WinStar World Casino and Resort PBR Global Cup USA, presented by Monster Energy. The fourth edition of the PBR Global Cup, the only nation vs. nation bull riding competition, will make its second stop at AT&T Stadium in Arlington, Texas, on February 15-16, 2020. The new team tournament debuted in Edmonton, Alberta, in November 2017, visited Sydney, Australia, in June 2018, and most recently stopped in Arlington…

The two-time PRCA World Champion Saddle Bronc rider now has three Sisters (Ore.) Rodeo titles on his résumé. Muncy captured his latest crown with an 86-point ride on Big Bend Rodeo's Major Huckleberry at the 2019 edition of the Sisters Rodeo, which concluded June 9.

Muncy won world titles in 2007 and 2011 and claimed titles in Sisters in 2015 and 2017.
And this trip on Major Huckleberry ended much better than the first time he climbed aboard the horse.

“I got on him one other time, I believe it was a couple of years ago and he tore my groin and ripped the rein out of my hand,” said Muncy, 31. “It was a bad deal. I’m just glad I rode him this time. The first time I got him I didn’t go with the right rein, I went pretty short. That horse is really big and strong, and he just jerked the rein out of my hand…