on September 05, 2018
With two 90-point rides, Cody Jesus brought the hometown crowd to its feet as he tallied his first victory on the PBR (Professional Bull Riders) Real Time Pain Relief Velocity Tour (RVT) Tuesday night at Dean C. Jackson Memorial Arena in Window Rock.
Midway through the opening round of the night, the 20-year old took the lead in the event with 90 points aboard Stage Fright (Windy Valley Buckers). The pride of Window Rock was not finished as his second 90-point score came on the final ride of the night on Bad Brad (Humpz and Hornz), earning Jesus his first-ever win at a PBR event. 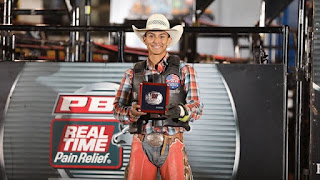 “This is amazing,” Jesus said still in the awe. “To get this win in my hometown is unbelievable. I still can’t believe this is happening.”
The young Navajo bull rider earned 120 points toward the PBR world standings and is now ranked 62nd in the world. He also took home $7,508.05.
Second place went to the No. 1 bull rider in the world as Kaique Pacheco (Itatiba, Brazil) also went 2-for-2. Pacheco covered Blue Bonnet Spearman (Humpz and Hornz/Sis ’n Stan Bucking Bulls) for 87 points in the long round before taking High Razor (Humpz and Hornz/Sis ’n Stan Bucking Bulls) to the whistle in the short round, earning 89 points.
He took home a paycheck of $4,833.95 along with 70 world points.
Third place went to Claudio Montanha Jr. (Sao Paulo, Brazil) who tallied 86 points aboard Brindle Jacket (Mann Creek Buckin Bulls) on Tuesday night in the first round before recording 87.5 points aboard Dippin Snuff (Wallgren Bull Co.) in the championship round. He earned 40 world points and $2,776.95.
Joao Augusto Cezere (Sao Miguel Arcanjo, Brazil) was the fourth-place finisher after recording a ride on Classic Man (Humpz and Hornz) in the opening round for 86.5 points. He then made the whistle on Ringeye (Mann Creek Buckin Bulls) in the championship round for 85.5.
Cezere earned 20 points towards the PBR world standings along with $1,748.45.
Dener Barbosa (Paulo de Faria, Brazil) rounded out the top-five in the event, finishing in fifth place. He rode Snake Eyes of A Bulls for 87 points in the opening round on Tuesday night. He then covered Ambush (Mann Creek Buckin Bulls) in the championship round.
With the finish, he earned 15 points towards the world standings along with $1,172.49.
Stage Fright was named the high-marked bull of the event after recording a 45-point score in the championship round on Jesus’ ride.   ~ PBR Media 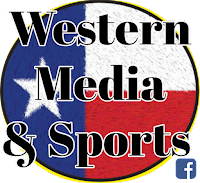