Dirteater to Retire at end of 2020 Season

on January 27, 2020
Ryan Dirteater to Retire from Professional Bull Riding at Conclusion of 2020 Season 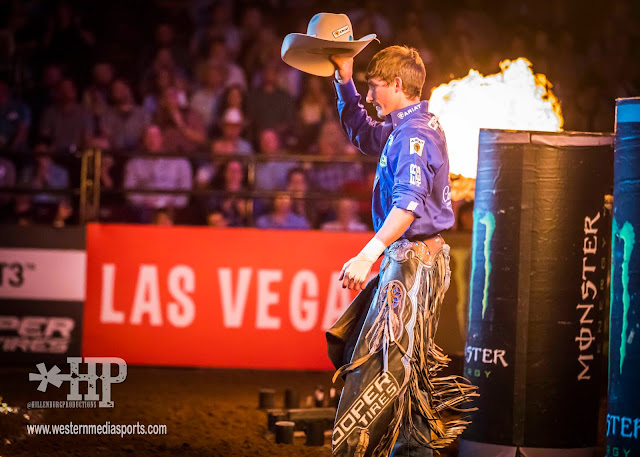 photo: Addie Hillenburg/Hillenburg Photos/Western Media and Sports
PUEBLO, Colo. – Ryan Dirteater (Hulbert, Oklahoma), an eleven-time PBR (Professional Bull Riders) World Finals qualifier and 2016 World Finals event winner, has announced that he will retire from professional bull riding at the conclusion of the 2020 season.
With the goal of capturing his career-first PBR World Championship in 2020, Dirteater’s accomplished career of more than 14 years will come to a conclusion on Nov. 4-8 in Las Vegas at the end of the 2020 PBR Unleash The Beast World Finals inside T-Mobile Arena.
“I always have said I would ride until I am 30. and I will be 31 in April,” Dirteater explained. “It’s been great. I love the sport. It is why I am doing it right now. I just love being home. I love my cattle. I love my family. I love my friends. I feel like I have accomplished a lot of my goals, but I haven’t accomplished the No. 1 goal I always went for, which is to win the world.
“This is going to be my twelfth time to qualify for the Finals this year, I hope. I just feel like I need to be home. I have a lot of things back home that keep me busy. I plan on running my cattle operation and helping my father Randy with his plumbing business in Hulbert, Oklahoma, while also staying active in my community and the Cherokee Nation. Bull riding is a huge part of my life and I will continue to put on bull riding clinics to help the current and young athletes of the sport.“
Dirteater’s announcement comes just days prior to the 2020 PBR Unleash The Beast event in Oklahoma City, which he won in both 2018 and 2019. This season’s Express Ranches Invitational (Jan. 31-Feb. 1) will mark the last opportunity fans have to see the popular rider known as “The Cherokee Kid” compete inside Chesapeake Energy Arena.
“This is not a hard decision,” Dirteater said. “I knew I wanted to ride until I was 30 and make a career out of bull riding. I am doing it. I am living my dream right now. I haven’t second guessed it. I am still here because I love what I do.”
Following his retirement from the PBR, fans can still expect to see the newly engaged Dirteater in the arena, as he looks to team rope and compete at Indian Rodeos and Region 8 events, while simultaneously planning a wedding with his fiancé April.
“I am going to rope with my dad,” Dirteater said. “I want to enjoy time with my dad, my mom, grandma, my aunts, uncles, my nieces and nephew. Being on the road all the time, you miss a lot of that stuff.
“My future, she is at home. I want to spend time with [April] and support her and her goals. Just being at home on my land, enjoying my cattle and enjoying that. That is where I am happy.”
Dirteater made his PBR debut on the developmental Touring Pro Division (TPD) in 2007, before making his Unleash The Beast debut in Dallas, Texas, in June 2008.
With his natural aptitude for the sport readily apparent, it didn’t take long for the Oklahoman to capture his first premier series victory, winning in Jan. 2009 in Dallas, Texas.
His career, however, was nearly derailed later that season when at 20 years old he dislocated his left knee cap and tore his ACL, MCL and PCL, sidelining him for nearly the entire 2010 season. In 2011, his first full year back, Dirteater won his second career event at PBR’s top level, taking the buckle in Wichita, Kansas, in September.
In 2016, the veteran rider had a breakthrough year. In March, he won his third Unleash The Beast event in Phoenix, Arizona and followed with wins in Little Rock, Arkansas, and Springfield, Missouri. The Oklahoma rider capped the year with a tour-leading fourth event victory at the 2016 PBR World Finals in Las Vegas, Nevada – going a perfect 6-for-6, and becoming only the fourth rider since 2000 to accomplish the feat, en route to winning a career-high $317,916.67 at a single event.
After concluding the year No. 18 in the world in back-to-back seasons in 2017 and 2018, Dirteater appeared poised to be a top contender for the 2019 World Championship, until a second-half injury altered his trajectory.

---------------------------------------------
Winning the February Unleash The Beast event in Oklahoma City for the second consecutive season, Dirteater remained firmly ranked inside the world’s Top 10 through the remainder of the first half. While it may not have impacted the world rankings, Dirteater’s success in the opening months of the season was also echoed in his debut at the PBR Global Cup. Competing for the all Native American Team USA Wolves, who finished third, Dirteater concluded the event second in the individual aggregate, going a perfect 3-for-3.
The course of his season, however, changed at the first event of the second half in Tulsa, Oklahoma. Despite concluding the event fourth, Dirteater was stepped on in the championship round, sustaining a collapsed lung and lacerated liver. He was sidelined nearly three months finally returning to competition at World Finals in Las Vegas. Not missing a beat, Dirteater was back to his winning ways in Round 1. He reached the 8-second whistle in covering Landslide for 86 points, the eighth best score of the round. Overall, Dirteater was 23rd at his 10th career appearance at the season-culminating event.
His successes in 2019 also earned him an early selection to Team USA Wolves for the upcoming 2020 WinStar World Casino and Resort PBR Global Cup USA, presented by Monster Energy, in Arlington, Texas. Dirteater will make his final appearance at the event akin to the “Olympics of bull riding,” on Feb. 15-16 when it returns to AT&T Stadium.
Thus far in 2020, Dirteater has been typically consistent. Recording back-to-back Top 10 efforts at the most recent Unleash The Beast events in Chicago and Manchester, New Hampshire, he is now No. 9 in the world standings.
“I would like to thank my family, friends, fans and all my sponsors, Cooper Tires, Ariat, Cherokee Casinos, Sheppard Hills Cutlery, Cactus Ropes, Mechanical Bull Sales and XD Sports, that believed in me and still currently believing in me throughout this season,” he said. “I am going to give it all I’ve got. I plan on making this the best year of my career. Thank you.”
Press Release Provided by PBR.com