Veterans, First Responders and Bullriding: It doesn’t get more patriotic than that. On February 16, 2020 Warriors and Rodeo (W.A.R.) members attended the Professional Bull Riders (PBR) Global Cup event at AT&T Stadium for their annual event.  The following country teams from Brazil, Mexico, Australia, Canada, and USA teams were all represented and were competing for bragging rights. This is the only team event on the PBR schedule that allows the riders to team up with their respective country teams and go for glory.

Pepper Stewart, Talk Show Host, Rodeo Announcer, Media Personality, held a contest on Facebook to give away tickets to a few lucky winners and our W.A.R. members walked away with three sets of those tickets. Pepper Stewart has been a long-time supporter of W.A.R. and we can’t thank him enough for his generosity. Members from Texas and even a family from Minnesota converged on Arlington, Texas for this amazing show of National Pride and True Grit. W.A.R. has members located worldwide and being able to get some of them together for an event of this scale is a highlight of the year thus far.

W.A.R. members were in attendance for Championship Sunday at the PBR Global Cup and a better story could not have been written. Team USA Eagles had a lead going into Sunday, however, Team Australia caught up and passed them for the lead. Only three rides remained, and Cole Melancon was clutch and took back the lead for Team USA. Team USA would finish the event on top and recording the first-ever home country win in the history of the event. This was special for all the Team USA fans in the arena, but for those that have given so much to this country, this win was epic. The elation could be felt throughout the entire stadium and pride was at an all-time high. W.A.R. members congregated after the event to share stories and take a few pictures. They made sure to include the U.S. Border Patrol agents in attendance for promotion during the event. 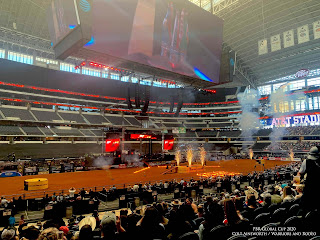 This incredible event could not have been made possible without the W.A.R. staff and our supporters and advocates, such as Pepper Stewart, that work tirelessly every day to give back to these True Warriors. There are many other events that W.A.R. members will be attending and producing throughout 2020. If you see someone in W.A.R. gear at any event, make sure to say hello, we’d love to hear from you!! 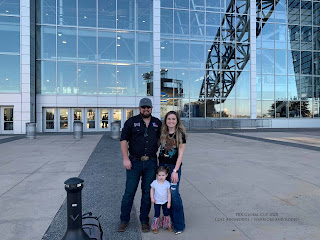