on June 22, 2020
GUTHRIE, Okla. (June 22, 2020) – Coming from the fourth callback position in Guthrie, Oklahoma, on June 22, team roping couple Hannah and Mike White of Dekalb, Texas, notched the biggest tandem win of their 21-year marriage.
The duo roped four steers in 34.09 seconds to split the $100,000 first-place paycheck in the
#12.5 Showdown of Wrangler BFI Week, presented by Yeti. Last year’s champion heeler, Clay Elkington, placed third this time to earn $25,000, bringing his individual two-year haul in the #12.5 to $61,000. And placing fourth in the roping was 22-year-old Wyatt Hershberger, for $20,500. His win barely surpassed the $18,875 his two little brothers hauled in during the Hooey Jr. BFI two days earlier.
Anchored by the 43 rd Annual Bob Feist Invitational for professionals on June 21, the five-day
event includes eight affiliated amateur ropings and was held for the first time in the Lazy E Arena due to a pandemic-forced closure of its usual venue in Reno, Nevada.
“We’ve never won anything big together,” said Mike White, who was wearing his 1999 PRCA
gold buckle. “We struggle at it.”
Mike, 43, earned nearly $2 million riding bulls – plus the gold buckle and a 2012 PBR Ring of
Honor induction – prior to his 2010 retirement.
“We rope so much at home, it’s exciting for a plan to come together,” said Hannah, who rode a
roan gelding that Mike had acquired to train and later bought. “Our only fights have come in the roping
pen. We work so hard at it, and we’re both very competitive. I don’t care if we’re going to the
concession stand, Mike will say ‘I’ll beat you over there.’”
Their final steer ran down the right fence, but White, a 7.5 heeler, had him roped on the second
hop. When the top three teams had trouble, the Whites clinched the win.
“I’ve got a mindset I used riding bulls,” he said. “I knew I could ride anything they ran under me.
I didn’t! But it works the same here. No matter what steer I draw, I know I can catch it by two feet. It
works in any sport to be confident in what you can do.”
A Louisiana native, Mike trains roping horses and runs cattle when he’s not working as a ringman at regional auctions. In Guthrie, with his good horse hurt, Mike rode a 5-year-old gelding he’d
trained and sold to his friend Ryan Caldwell.
“We wouldn’t be here without Ryan,” said Mike. “He talked us into entering.”
The Whites’ two sons, Logan, 16, and Morgan, 8, watched the big win, and the family was
scheduled to be back in Dekalb the next day for Morgan’s baseball game. The couple’s annual Mike
White’s Annual Pasture Roping, which benefits an organization supporting children with serious illnesses or injuries, was postponed this year to October 2-3.
All events during Wrangler BFI Week are streamed on www.WranglerNetwork.com. 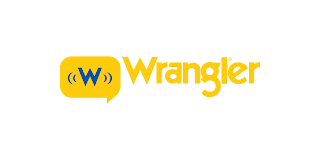