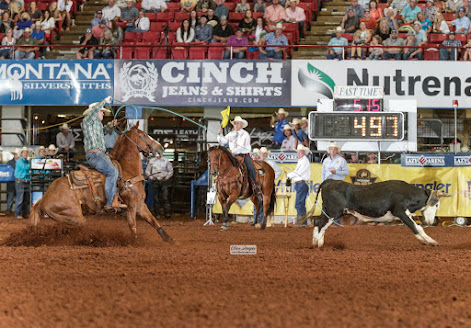 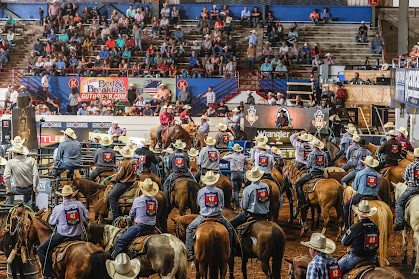 PHOENIX, Arizona (November 25, 2020) – On the heels of pandemic-prompted civic uncertainty in Nevada that forced the last-minute cancellation in Las Vegas of the World Series of Team Roping Finale, organizers of Wrangler Bob Feist Invitational (BFI) Week have good news.

The $700,000 Wrangler BFI, held for 35 years in Reno, will in March 2021 partner with the other titan of the roping industry – the $200,000 Cinch Timed Event Championships (CTEC) – as they converge the same week in Oklahoma’s Lazy E Arena. With no prospect of last-minute changes, Wrangler BFI Week will happen March 14-18, immediately following the CTEC on March 11-13.

“It’s been an incredibly difficult year for us all,” said Lazy E General Manager Dan Wall, who credits the arena’s success throughout the pandemic to its intense safety protocols, expansive camping areas and limited access in and out. “It really wears on contestants, fans, stock contractors and all involved in this sport to hear of events already canceling for 2021. Instead, we feel like this partnership between the Cinch TEC and Wrangler BFI was meant to be. We’re grateful to be able to create the best week of timed events in the world.”

This March, the CTEC – or “Ironman” of rodeo – will award a $100,000 paycheck to the best of the 20 top all-around cowboys in the world. Over its 37-year history, the event has crowned some of the sport’s most decorated all-around athletes, from Leo Camarillo to Roy Cooper to Trevor Brazile. Fans have also enjoyed its Jr. Ironman Championship, the Cinch Fan Zone and a trade show with more than 100 vendors.

“I said in 2013 that I wanted to host a premier Open roping here, right after we purchased this arena,” said Lazy E owner Gary McKinney. “Last year, that dream came true even if it was just for one year. Now, to bring the BFI back to the E to partner with our Timed Event Championships, that just surpasses my wildest dreams.”

The 44th annual Wrangler BFI will happen March 14, again anchoring the $2.2 million, four-day cluster of ropings that comprises Wrangler BFI Week. Last year the BFI itself paid $680,000, including a first-place check of $155,000, which Kal Fuller and Reagan Ward won by just seven-hundredths of a second. The eight following ropings scheduled for March 15-18 include two Hooey Junior ropings, the 12.5, 11.5, 10.5 Over 40, 9.5 Over 40 and All-Girl Challenge breakaway and team roping.

“We were blown away by how the Lazy E made the Wrangler BFI work last year in a pinch, and we couldn’t be happier to have the event back in the birthplace of team roping’s first six-figure paycheck,” said BFI co-owner Daren Peterson. “This arena was specifically designed for fresh steers and long scores.”